The recent technological advances in car safety are nothing short of dramatic.  The result is lives are being saved on our highways.  The pros of these technologies far outweigh the cons.  But that does not mean there will not be bumps in the road.

One bump is people do not understand the technologies they now have access to in the vehicles. According to a September 2018 report conducted by the AAA Foundation for Traffic Safety, most drivers do not realize the limitations of using advanced driver safety systems in their car. It also shows that people are becoming dependent on technology to drive safely.

What was the study? 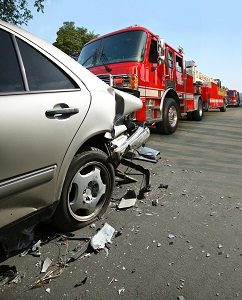 This report was conducted by researchers at the University of Iowa. They surveyed registered owners of model years 2016 and 2017 vehicles that contain this technology. The researchers invited 10,000 owners of vehicles that include advanced driver safety systems to participate in an online survey.

This survey included questions about their experiences, opinions, and knowledge of their vehicle’s technology. 1,380 vehicle owners responded to the survey. Some respondents were ineligible and were excluded from the study. The researchers ultimately analyzed data from 1,212 vehicle owners.

Unlike “regular” cruise control, advanced cruise control tracks the car in front of the driver. The car adjusts according to the driver’s pre-selected speed and distance preferences.

The blind spot monitor uses cameras and/or sensors that let drivers know when a vehicle is traveling inside their blind spot. It can be either a sound or an indicator light.

Forward collision warning works by providing a warning to the driver that they are about to collide with the vehicle in front of them. The warning could be a sound, a vibration, or both. A visual alert on the dashboard may light up as well.

Automatic emergency braking works by automatically applying the brakes if the car in front stops and the driver fails to stop themselves. It senses when traffic slows down.

Lane departure warning works by the car emitting a sound, vibration, or indicator lights if the vehicle drifts out of the lane.

Lane keeping assist automatically guides the vehicle back into the lane if it drifts out of it.

This system warns the driver with sound, vibration, or lights if one or more vehicles might be in the way while backing up. It detects vehicles from either side.

Most drivers have positive opinions of their car’s technology

Driver satisfaction with their car’s advanced driver assistance systems suggests they could become too comfortable behind the wheel. This can be a problem because owners of such cars can fail to understand the limitations of the technologies.

According to the AAA study, only 21% of owners of cars with blind spot monitoring systems knew that the technology could not detect vehicles passing at high speeds. This can bring serious concern as a driver may not look to their side to change lanes. It could cause a collision because the driver would have failed to see a car on their side.

About one-third of owners of cars with automatic emergency braking systems did not realize that snow, ice, and dirt can block cameras and sensors that the system depends on. This can be a problem because the system might not brake because it fails to recognize what kind of objects are around them.

Further data suggests that owners of cars with advanced driver assistance systems have allowed them to conduct unsafe habits while driving. Twenty-nine percent of respondents reported being comfortable doing other activities such as texting while using adaptive cruise control. Thirty percent of owners of vehicles with blind spot monitoring systems become so dependent on it that they do not even check their blind spots themselves.  Twenty-five percent of owners of vehicles with rear-cross traffic alert sometimes back up without looking behind their shoulders. As clearly shown, advanced safety systems can make drivers lazy. They fail to understand that cruise control only controls the car’s speed. It does not mean autopilot or a self-driving car.

AAA’s report shows that owners might get the impression that advanced driver assistance systems might allow them to adopt unsafe habits while driving. It only provides assistance for the driver and does not replace the driver. It also highlights the need for good driving habits to discourage unsafe habits that have emerged.