If you drove to a New Year’s Party in Utah on Monday and had a few drinks, the risk of getting arrested for drug driving increased dramatically.  On Saturday (December 30th) Utah lowered its legal blood-alcohol content (BAC) limit from 0.08 to 0.05.  This gives Utah the strictest DUI laws in the country. This follows a National Transportation Safety Board (NTSB) recommendation that all states should lower their legal BAC limits to 0.05. 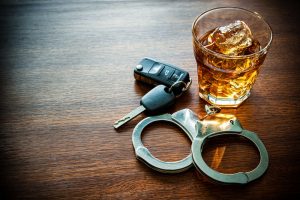 Before we go further, you are saying you know you are fine at .05, right?  But define “fine”.  Do I feel like I can drive a car at .05?  I do.  Do I ever drive at .05 with my kids in the car?  I don’t.  Setting aside the stunning hypocrisy for a second, I do this because I’ve been competing with my friends and family at goofy things my whole life.  So I know that a bit of alcohol slows me down just a bit because I can’t play video games, golf, or anything else quite as well after two drinks than zero.

In 2017, the Utah State Legislature passed H.B. 155 titled, “Driving Under the Influence and Public Safety Revisions.” H.B. 155 lowers the legal BAC from 0.08 to 0.05. It also makes vehicular homicide a felony if the driver was above the legal limit. H.B. 155 also bans “novice” drivers from having a BAC between 0.00 and 0.05. This means that any inexperienced driver 21 or over may not have any trace of alcohol in their system while behind the wheel.

By passing this legislation, Utah will be the first state to implement NTSB recommendations. In its May 2013 report, the NTSB recommended that all 50 states lower them to 0.05 or lower. They concluded that a BAC level of 0.05 or lower may still increase the risk of fatal crashes. The report even notes that impaired driving may even still occur at BAC levels of 0.01 or lower.

The National Academies of Sciences, Engineering, and Medicine (NASEM) has also published their own study that recommends lowering the legal BAC limit to 0.05. In a radio interview, Dr. Tim Naimi, one of the scientists conducting the study, said that he and his colleagues felt that lowering the legal limit to 0.05 will save lives. He also noted that alcohol-related auto fatalities have “plateaued,” that this might give people the impression that “drunk driving is sort of a thing of the past.” NASEM’s study shows that drunk driving is not a thing of the past. It reports that since 1982, one-third of all auto-related deaths involved alcohol. There are also more alcohol-related auto deaths than deaths related to some cancers, HIV/AIDS, and drownings combined. These facts make it important to break the plateau and lower alcohol-related auto fatalities even further.

Both NTSB’s recommendations and NASEM’s study are sound because they are based on a better understanding of impaired driving. The Centers for Disease Control and Prevention (CDC) provides a useful table on how each successive BAC level affects the body. At 0.02, visual functions and multi-tasking abilities may be affected. At 0.05, there reduction of coordination, the ability to track moving objects, situational awareness, and steering abilities. The functions affected between 0.02 and 0.05 are important to defensive driving. Lowering the legal BAC limit is not all about preventing a drunk driver from causing an accident; it is also about protecting them from an at-fault driver.  Again, I didn’t need to see this data to know that I can’t play Galaga nearly as well after two beers.

By lowering its legal BAC limit to 0.05, Utah would join over 100 countries with the same BAC limit or lower. These countries include France, Germany, Italy, and Russia.

Let me stop you right there.  France?  Russia?  They have significantly higher alcohol consumption rates than the U.S. and lower rates of alcohol-related auto deaths.  So you can get a lot drunker and drive in Baltimore than you can in Russia?  Who would have thought this?

(So this totally refutes the concerns within Utah’s restaurant and tourism industries that they would be impacted by the new law, right?  Well, let’s me be intellectually honest. It is a more complicated equation than that.  We drive more miles here, per person, than we do in those countries and they also probably drink a lot more at home, too.  But still, you get the point.)

While H.B. 155 is a great way to curb drunk driving, the legislation has its opponents. In January 2018, Sarah Longwell, the Managing Director for the American Beverage Institute (ABI), released a statement that expressed her opposition to the bill. She argued that a 0.05 BAC does not make one “meaningfully impaired” and that this threshold would “only distract law enforcement from the most dangerous high-BAC offenders on the road.” She felt that new law would target anyone who chooses “to enjoy a drink with dinner.”

While Longwell seemingly has good intentions, consider who the ABI associates with. The public relations firm Berman & Co. runs ABI. In addition to running ABI, they also represent alcohol distributors, who would be impacted by the new law. In addition, ABI’s 2013 promotional pamphlet includes the logos of its various members who include various restaurant chains and alcohol distributors. Each of these different companies has an interest in not lowering the legal BAC limit, as it may affect their own sales. ABI’s associations with these different entities question its intentions in opposing a lower legal BAC limit.

What Should Maryland Do?

I like going out with my wife one night a week.  We go to our local restaurant/bar and we have a few drinks, a bite to eat, and talk about the week we had and the weekend coming up.  I’m always running BAC calculations in my head, making sure I’m at or south of .06 because I do not want it to be a close call.  It would be an enormous hassle to lower that number to .03 to keep the same security that I’m under the limit.  It would make that night less fun.  But does it make it so much less fun that it is worth the deaths it would cause by staying at .08?  That question answers itself.