Tire regrooving is a service that intends to improve vehicle mileage, fuel efficiency, and traction. Truck drivers, construction workers, and farmers often regroove tires to cut costs. It allows them to maximize tire use, eliminating the need for new tires. Regrooving tires involve carving a tire’s grooves to restore tread depth and improve friction. Car mechanics use either a handheld tool or a regrooving machine to do this. Tire regrooving is resurging because of increased fuel and tire manufacturing costs. But a regroove tire comes with real risks.  The result is sometimes a personal injury case that makes it to a courtroom.

Tire regrooving is subject to federal regulations.  Specifically, 49 CFR Section 569.3(c) defines a “regroovable tire” as tires that are “designed, and constructed with sufficient material to permit renewal of the tread pattern.” This means tires can only be legally regrooved if they have enough rubber to maintain its original tread pattern. Non-commercial vehicle tires are not regroovable because they are too thin to preserve its tread pattern.

Section 569.9 requires manufacturers and distributors of regroovable tires to include the word “regroovable” on each tire with a letter height of 0.38 to 0.50 inches. This informs consumers that they are purchasing legitimate tires that follow federal regulations.

Why is tire regrooving sometimes dangerous?

Tire regrooving is controversial. Regrooved tires are more susceptible to punctures, blowouts, tread separation, and skidding. Trucks with regrooved tires may endanger everyone on the road, including themselves. This can be caused by exposure of the steel breakers. The regroover (assuming that is a word) sometimes the knife in too deep and goes through the rubber down to the steel breaker.  If water gets into that hole, there is going to be rust and tread separation that is going to leave the tire at risk for groove cracking and intrusion for rock and other hard objects on the road.

Some truck drivers may attempt to regroove their tires since grooving tools are readily available online. Despite this availability, only certified mechanics should perform this difficult task. While regrooving your own tires cuts costs even further, poorly regrooved tires are riskier than professionally regrooved tires. It is not wise to regroove your own tires. If you choose to have them regrooved, get a reputable mechanic.

But even then, think twice.  One of the reasons for not putting regrooved tires on a steering axle is we are talking about tires that usually have run through all or most of its tread life.

Can regrooving weaken a tire?

Cutting rubber out of the undertread or out of the grooves does weaken the tire. So you are not always certain that the tire has the strength it needs to withstand regrooving.

What are the risks of a regrooved tire?

If the regrooved tire gives out, it may explode. When a tire explodes on a highway, the driver often loses any control and the vehicle will spiral out of control.

Why would anyone take the risks involved with regrooving a tire?

You regroove or retread a tire to save money. It is cheaper than purchasing a new tire.

Another issue with regrooved tires involves selling them as new tires online. Scammers take a regrooved tire and sell the tire on sites like Craigslist. You endanger everyone when you mistakenly buy these tires. When buying tires, new or used, only buy from trusted individuals. Your best bet is to buy from reputable sellers in person.

What is Maryland law on regrooved tires?

Unlike many states, Maryland has laws that regulate regrooved tires. Under § 22-405.1, an individual may not sell a regrooved tire or operate a vehicle with regrooved tires unless it “is specifically designed to be regrooved” and complies with the Department of Transportation standards. It also requires tires to display a label or marking indicating it was regrooved on its shoulder sidewall. Individuals who violate these regulations are subject to a prison sentence of six months or less, a fine of $500 or less, or both.

How can you know if a tire has been regrooved?

The rubber base of a regrooved tire is removed during regrooving. You can also expect the groove bottoms that are smooth.

Is There Liability for Injuries When a Regrooved Tire Blows?

Just because a tire blows, it does not automatically make the owner or operator of the vehicle liable. The victim must proved that the tire was defective and the operator knew or should have known it.  If the driver does not know of the unsafe condition of the tire,  there is no responsibility for a crash (at least in Maryland).

A dump truck’s regrooved Goodyear tire blew out on the Seven Mile Bridge, causing it to enter the opposite lane and strike a 33-year-old man’s vehicle. The man’s wife died at the scene. The man survived but suffered permanent arm and hand injuries that left him with limited mobility.

He also suffered a severe skin tear around his foot, which required skin grafts. The man was hospitalized for three months. He hired a truck accident lawyer who filed a lawsuit claiming the dump truck driver improperly placed the regrooved tire in front of the dump truck. The man alleged that this negligence caused his injuries and his wife’s death. He also claimed that Goodyear failed to warn consumers of the dangers of using regrooved tires as front tires. Goodyear denied liability, arguing only the dump truck driver’s negligence caused the incident. 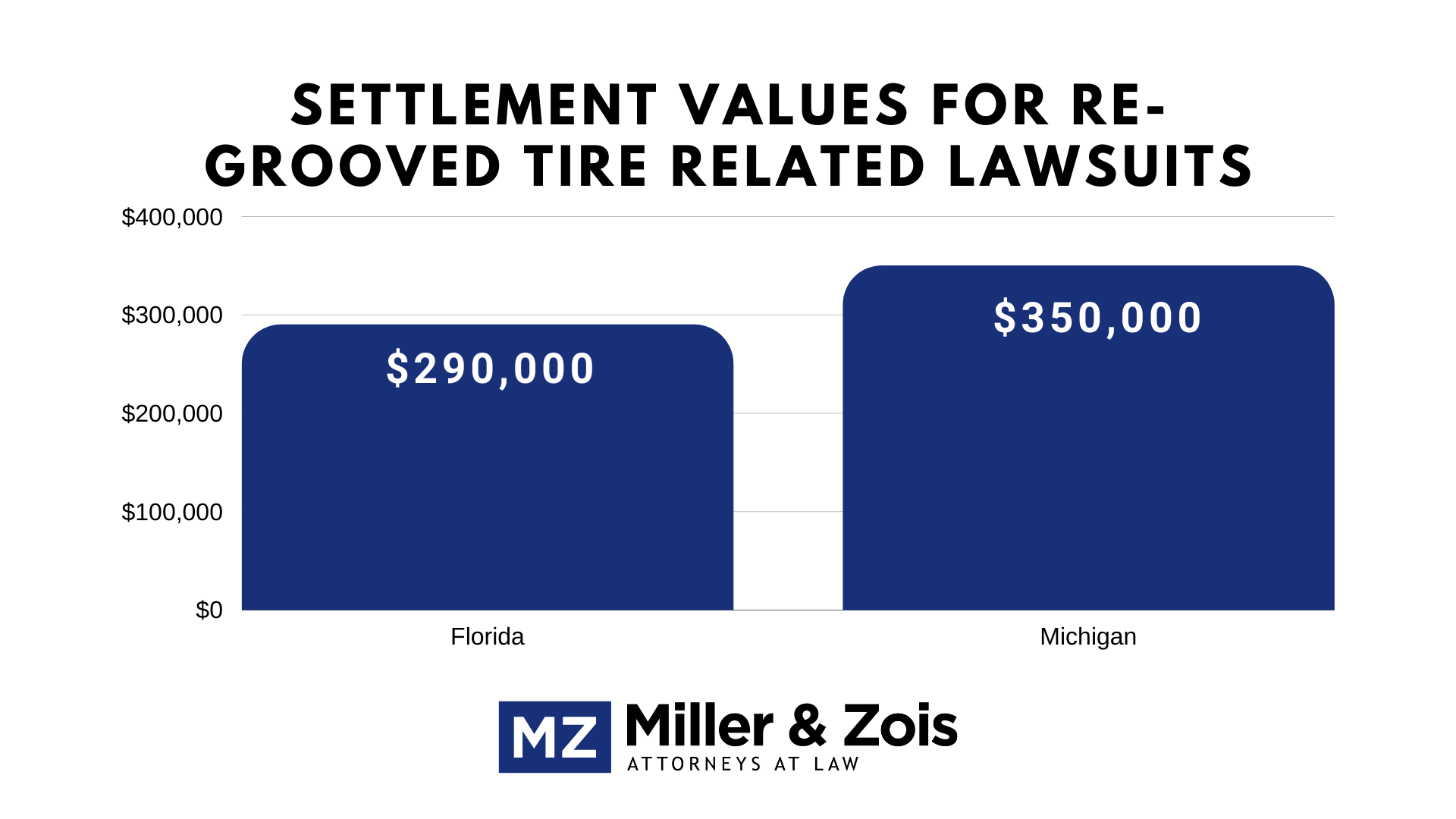 A gas tanker’s left front regrooved tire blew out, causing an accident and a fire that killed its 32-year-old driver. The tire distributor who sold the tire to the deceased admitted liability. A jury awarded the man’s surviving grandmother a $350,000 verdict.

Properly regrooved tires pose less of a threat on the road than improperly grooved tires. However, even the most experienced mechanics can make mistakes that yield fatal results. If you are a truck driver, please carefully consider whether you want to regroove your vehicle’s tires, especially with front tires. Think about whether it is worth saving the money by regrooving the tires rather than replacing, them. Sometimes, it is a “pay now or pay more later” situation.