There is currently a Paraquat mass tort lawsuit involving hundreds of farmworkers (or people who lived near farms) who are claiming that prolonged exposure to Paraquat caused them to develop early-onset Parkinson’s disease. Our national mass tort firm is currently seeking new plaintiffs to participate in the Paraquat lawsuit.

We are looking for individuals who were regularly exposed to Paraquat for a period of 5 years or longer and were subsequently diagnosed with Parkinson’s. This group may include people who worked in the agricultural industry or lived within a mile of a commercial farm.

Paraquat (Paraquat dichloride) is a powerful chemical herbicide that is used by commercial farms to protect crops from unwanted weeds and other vegetation. Paraquat is often sold under the brand name Gramoxone.

Paraquat is a highly toxic and chemical and the use or sale of Paraquat has actually been banned in over 30 countries, including the European Union. The use of Paraquat has not been banned in the United States, however the Environmental Protection Agency (EPA), classifies it as a “restricted use” chemical. This means that Paraquat only licensed users (mostly commercial farmers) are allowed to purchase and use Paraquat.

Paraquat was originally developed for use as a herbicide during the agrochemical revolution in the 1960s. The British company Imperial Chemical Industries (“ICI”) first sold Paraquat as a herbicide in 1962 under the brand name Gramoxone. Over the last 2 decades, Paraquat has been banned across Europe, but during that same time frame, the use of Paraquat in the U.S. has skyrocketed. Since 2009, the use of Paraquat on soybean farms in the U.S. has increased by over 400%.

Paraquat comes in liquid form and is applied directly to crops through spraying. Paraquat has a distinctive bright blue color and usually comes 2-gallon plastic bottle containers with handles.  Paraquat can only be sold by specially licensed distributors or licensed applicators and sales are registered and tracked. 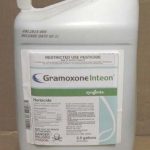 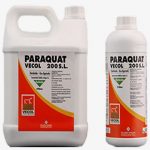 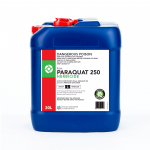 Paraquat is sold under different brand or product trade names. Gramoxone is the most common trade name for Paraquat. Paraquat was originally patented for use as a herbicide by ICI in 1962. Through a series of corporate mergers and acquisitions, ICI was eventually succeeded by Syngenta, a global agrochemical company based in Switzerland. Syngenta is the current manufacturer of Paraquat and the primary defendant in the Paraquat lawsuits.

From 1964 to 1986, Paraquat was manufactured and sold in the United States by Chevron Chemical Company (“Chevron”) under the brand name Gramoxone pursuant to licensing rights from ICI. This license was terminated in 1986, but Chevron is often included as a defendant in many of the Paraquat lawsuits with alleged exposure dating back to 1986 or prior.

Recent scientific research has now established that long term exposure to Paraquat can cause Parkinson’s Disease. Parkinson’s Disease is a neurologic disorder in which deterioration of certain cells in the brain gradually impairs the brain’s ability to control motor functions in the body. Symptoms of Parkinson’s include impaired movement, tremors, lack of balance, and muscle stiffness.

Hundreds of animal studies have found that Paraquat exposure creates oxidative stress that produces Parkinson’s disease. In fact, Paraquat is one of the only chemicals that is know to produce Parkinson’s in animals.

One of the earliest reports identifying a causal link between Paraquat and Parkinson’s was published in the American Journal of Epidemiology in 2009. This study found a heightened risk of Parkinson’s Disease among individuals who lived within 1600 feet of areas where Paraquat was regularly applied. Three years later, this was followed up with the results of a more comprehensive study published in 2011 which reaffirmed the conclusion that there was a “strong association” between Paraquat and Parkinson’s.

These initial studies were met with harsh criticism and questions about reliability of because they were not “controlled” studies. In 2014, however, these criticisms were largely silenced  by the publication of 5 case-controlled studies in the Annual Review of Pharmacology and Toxicology. These studies confirmed that exposure to Paraquat resulted in a greater risk of Parkinson’s Disease.

The evidence linking Paraquat exposure to Parkinson’s disease has led hundreds of former farm workers (and people who lived near farms) to file Paraquat lawsuits against the manufacturer Syngenta. These lawsuits allege that Syngent knew or should have known that Paraquat caused neurologic damage and increased risks of Parkinson’s. Despite this knowledge, Syngenta continued to market Paraquat as safe and failed to warn consumers about the potential risks.

So far, almost 500 Paraquat lawsuits have been filed against Syngenta (and other defendants) across the U.S. Earlier this year, the Paraquat lawsuits in federal courts were consolidated into a new mass tort MDL (Paraquat Prod. Liab. Lit., 3:21-md-3004) in the Southern District of Illinois.

New Paraquat lawsuits continue to get filed and added into the MDL from around the country.  Eventually, Syngenta will probably resolve all of the Paraquat lawsuits in a global settlement arrangement in which a large amount of money is set aside for distribution to Paraquat claimants.

The product liability attorneys at Miller & Zois are currently seeking new Paraquat cases. If you used Paraquat or were exposed to Paraquat and you have been formally diagnosed with Parkinson’s Disease, you may have a valid Paraquat lawsuit. Contact us today to see if you qualify for a Paraquat lawsuit.

What is the average settlement payout for a Paraquat lawsuit?

There have not been any reported settlements in Paraquat lawsuits yet, but based on settlements in prior comparable cases, Paraquat claims in the highest settlement tier could have a value between $150,000 and $240,000.

How many Paraquat lawsuits have been filed?

As of November 2021, there are close to 350 Paraquat lawsuits pending in the federal court system and approximately another 50 in state courts. This number could reach 500 before the end of the year.

How do I know if I was exposed to Paraquat?

In the U.S., Paraquat is widely used on commercial farms growing soybeans, corn, and fruit. If you worked on a farm or lived near a farm where Paraquat was used you may have been exposed. This regional map shows the areas around the U.S. where Paraquat is most commonly used.

Does Paraquat cause Parkinson’s disease?

Who is being sued for Paraquat?

The central defendant in the Paraquat lawsuits is Syngenta, the Swiss based company that manufactures and sells Paraquat. Chevron Phillips Chemical Co. sold Paraquat (Gramoxone) in the U.S. from 1964 to 1986 and they are also named as a defendant in many cases.