Our motorcycle accidents see a lot of cases involving lane splitting and the question of whether motorcycles can drive between lanes. Let’s talk about what lane splitting is and what the Maryland law is on this subject.

What is Lane Splitting?

Pursuant to §21–1303 of Maryland’s Code of Transportation, it is illegal to ride between lanes in Maryland. In order to pass in Maryland, motorcycles must merge into the adjacent lane, pass, and merge back. This is also the case in most other states.

California is often cited as the only US state to allow lane splitting. Motorcycles can drive in between lanes in California. Even California’s DMV, however, has removed their lane splitting guidelines from its site and says that the practice is neither allowed nor prohibited in the state.  Who knows that that means?  The legislature asked the California Highway Patrol to publish guidelines for riders.

Those who opposed the bill, and who ultimately prevailed, argued that it is unclear if lane-splitting really improves rider safety. And even if the practice is safe when done responsibly, many riders may not follow best practices or take the law to mean that it is ok to weave between lanes.

In addition, Maryland drivers are not accustomed to sharing the road with motorcycles and may respond with hostility towards riders that pass between lanes. In places like California, Europe, and Asia, bikes are much more common and lane splitting is more of a concern. All in all, it seems clear that more research is needed to persuade lawmakers that changing the law would help riders before any changes will be made. 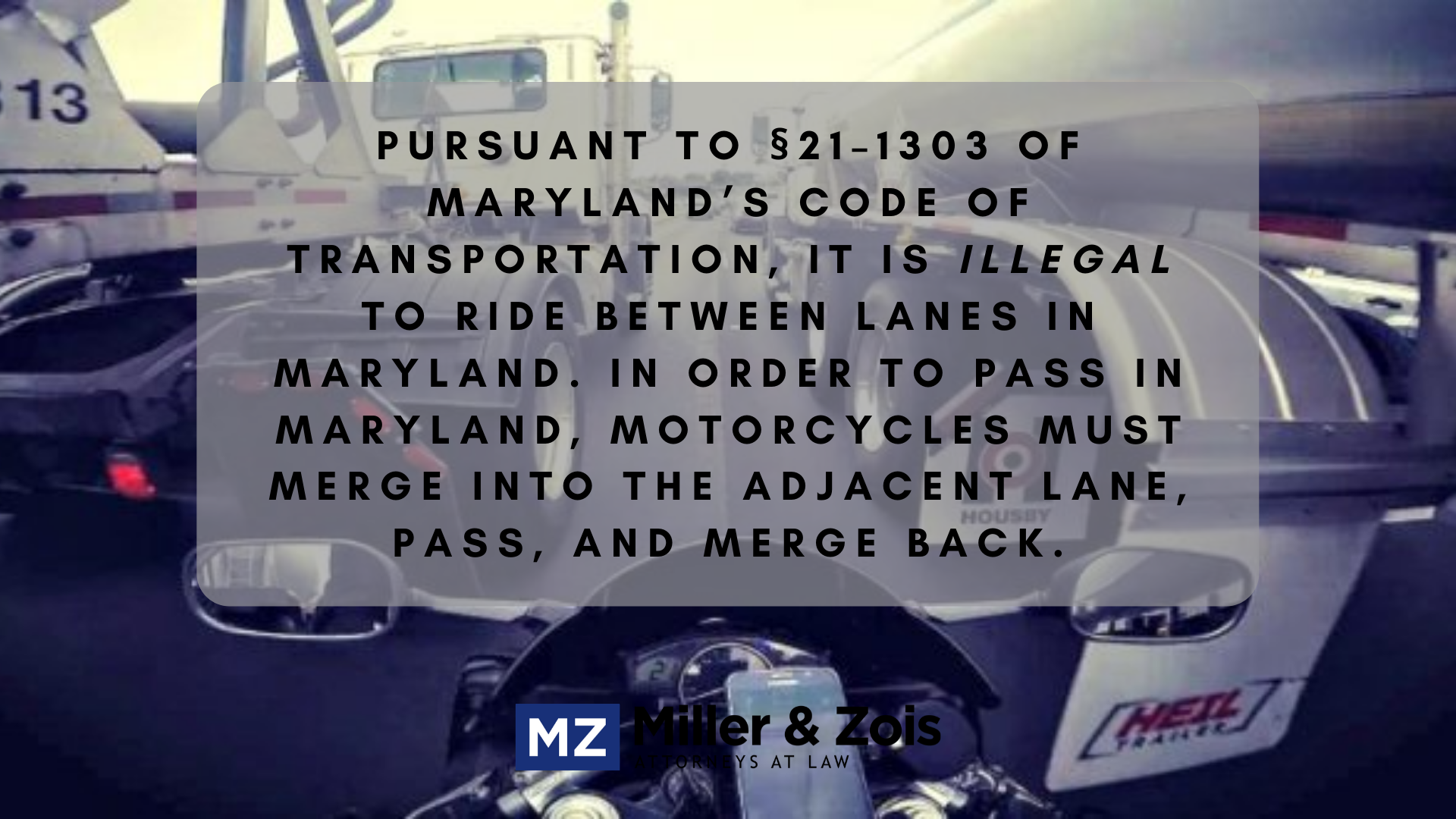 Who is Liable in an Accident Involving Lane Splitting?

Because lane splitting is not allowed in Maryland, it will be hard to convince insurance companies and juries that the accident was not the motorcyclist’s fault. Insurance companies will want to avoid paying anything to the motorcyclist and will drag out these settlements. Lane change crashes in general are difficult cases, due to the he-said, she-said nature of determining fault.

However, if another driver’s recklessness played a more important role in causing the accident, it is certainly possible to prove they were at fault. Perceptions of who was being reasonable and who was being careless are critical.