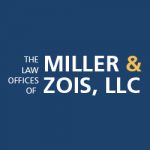 When we get a wrongful death or serious personal injury case, our first concern is insurance coverage.  The fear is that you will prove your claim is worth a certain dollar amount.  But then you cannot collect because there is inadequate insurance coverage.

How do you find out what the insured’s policy is in a Maryland car accident?  In the old days, the only way to get the policy limits was to sue.

This was maddening.  Especially when there were laws in other jurisdictions in that refusing to offer the policy limits could be bad faith.  Insurance adjusters would refuse to tell us saying it violated the privacy of their insured which also made me want to throw a brick through a window.

Eventually, this law was modified where the insurance companies would tell you, but you had to jump through a million different hoops to do it.  You also had to have $12,500 (if I recall) in medical bills to trigger the required.

Insurance companies fight stuff all the time reflexively.  Then the legislature comes to its senses and grants the law, anyway.  The insurance companies realize after the law is passed that they actually kind of like the law.  Why?  It saves time for both plaintiffs’ lawyers and insurance companies.  A rare win-win situation you rarely see in personal injury issues.

So the modern version of the law is Section 10-1103 of the Transportation Code, which sets out the requirement for the insured to reveal the policy limits in 2019.

(b) A claimant may obtain the documentation described in § 10-1102 of this subtitle if the claimant provides in writing to the insurer:

(2) The name and last known address of the alleged tortfeasor;

(3) A copy of any vehicle accident report, police report, or other official report concerning the alleged tort, if available;

(4) The insurer’s claim number, if available; and

(5) A letter from an attorney admitted to practice law in the State certifying that:

(i) The attorney has made reasonable efforts to investigate the underlying facts of the claim; and

(ii) Based on the attorney’s investigation, the attorney reasonably believes that the claim is not frivolous.