In Gables Construction, Inc. v. Red Coats, the Maryland Court of Special Appeals earlier this month addressed the issue of whether a party can be liable for contribution as a joint tortfeasor even if that party was able to avoid direct liability because of it passed along its responsibility in a contractual waiver of subrogation.

In other words, can you sneak out of responsibility as a joint tortfeasor if someone else has accepted your responsibility for the loss?   This is the first time a Maryland court has ever addressed this issue.

Gables Construction is a general contractor.   It contracts with Upper Rock II to assist in the construction of apartment buildings in Rockville, Maryland.  The contract has a classic waiver of subrogation provision to fully insure against losses that include, as I foreshadow,  loss by fire.  Gable then contracts with Red Coats to perform fire watch and security services.  This contract also has a waiver of subrogation that requires Red Coats to obtain a general liability policy that exculpates Gables Residential and its “affiliated companies” from having any liability for losses.

Of course, a fire breaks out and causes $17.6 million in damage.  No one knows for sure why, although there was some evidence that an open flame mushroom heater was left on in a hallway overnight. Gables Construction and its subcontractors or sub-subcontractors were left in the clear by the subrogation waiver.

This left poor Red Coats out in the cold.  Upper Rock sued Red Coats in Montgomery County Circuit Court for compensation for the damages.  The allegation was that a security guard should have detected the heater which would have avoided the fire.

Red Coats settled with Upper Rock for $14 million.  Red Coats then sued Gables Construction — who figured they were in the clear — as a joint tortfeasor and won at trial.

Gables Construction tried to put the whole thing on the security guard at trial.  But Red Coats made arguments that convinced a jury that Gables was a substantial contributing cause to the fire.  Specifically, Red Coates put on evidence that Gables assumed control for the safety of the entire site and it used the heaters in a way that contradicted the manufacturer’s safety instructions.  Red Coates also alleged the hallways were too narrow for this type of heater, again according to the manufacturer.

Gables Construction appealed this $7 million verdict arguing that it is not a “joint tortfeasor” under the Maryland Uniform Contribution Among Joint Tort-Feasors Act.

The UCATA defines joint tortfeasors as: “two or more persons jointly or severally liable in tort for the same injury to person or property, whether or not judgment has been recovered against all or some of them.” CJP § 3-1401(c). 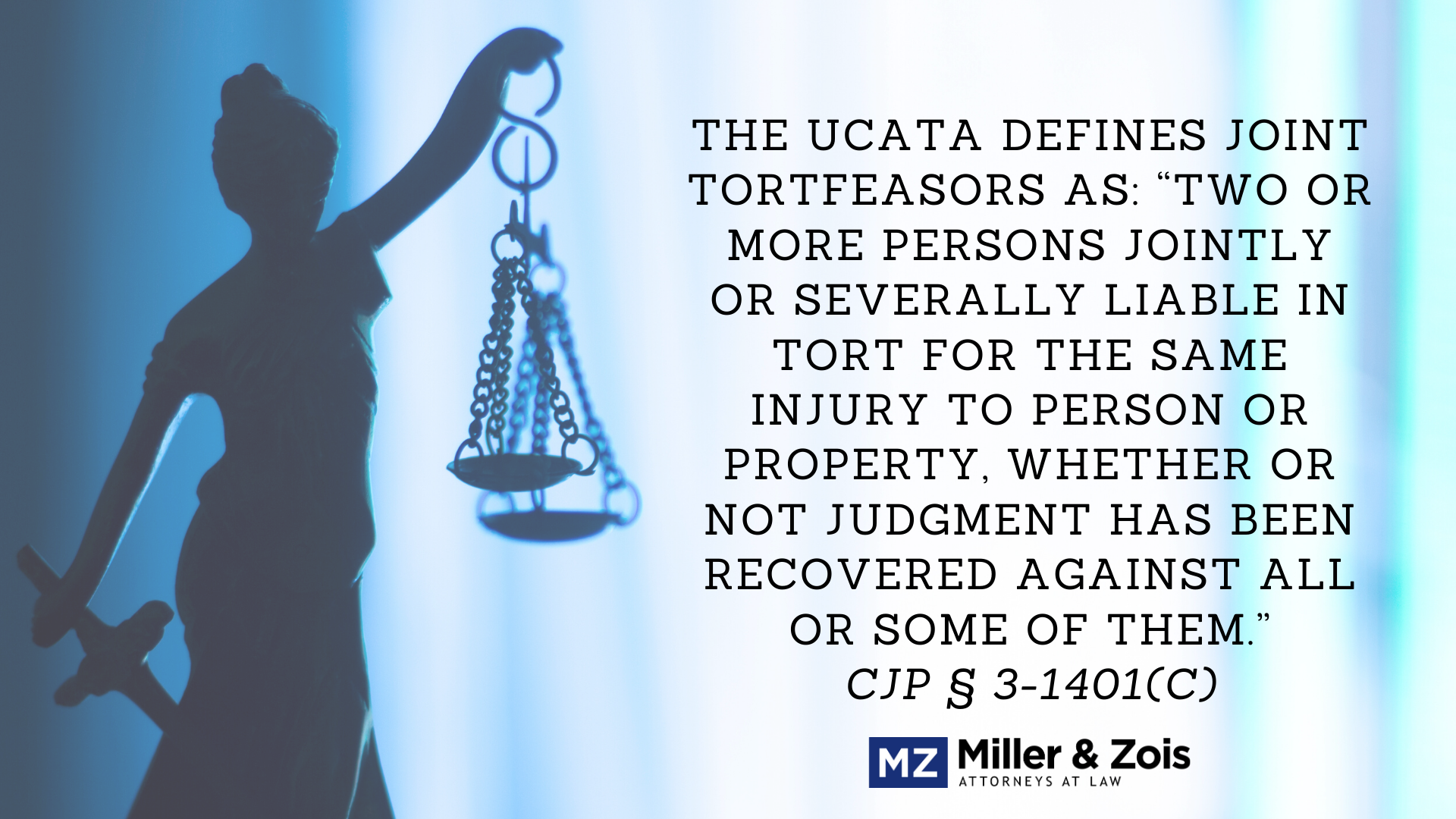 But, as the opinion notes, Maryland courts have recognized family and spousal immunity and contributory negligence as bars to contribution under UCATA.  Gables Construction also argued that waivers of subrogation are essential for the cost control of parties to construction contracts because they determine who will bear the risk of loss.  This makes good economic and public policy sense, this argument goes, because it makes sure that only one party needs to buy insurance for the risk, which is more economically efficient.

Ultimately, the court did not buy any of Gables Construction’s arguments and went back to common sense: you can contract your way out of liability with someone with whom you have not contracted.  This makes the most sense, right?

In deciding whether to give the superseding cause instruction to the jury, courts in Maryland  apply the six-factor Pittway test:

The trial court found that the first prong of the test was not met because, you know, a fire is a fire.  The hurdle on this was tough, the Court of Special Appeals would have had to have found that the trial court abused its discretion, which is always a difficult path.

I think the real issue in the case is the joint tortfeasors’ release question.  But there was also a question as to whether the contract limits the contribution to Red Coats a $2 million.  Insurance paid $10 million on the policy and Red Coats ponied up $4 million of their own money.  This issue led the case to be remanded.  This is a contractual issue not worth analyzing on this torts blog, although it is an interesting issue.