The Maryland high court granted certiorari in an unreported Court of Special Appeals opinion that has great ramifications for Maryland accident lawyers and their clients.

This is a lead paint case.  The plaintiff alleged a brain injury as a result of lead paint exposure at the defendant’s property.  At the close of discovery, Dackman filed a motion for summary judgment claiming there was no dispute of material fact because the plaintiff did not adequately meet his burden of establishing that his elevated blood lead levels were from exposure at the defendant’s property. 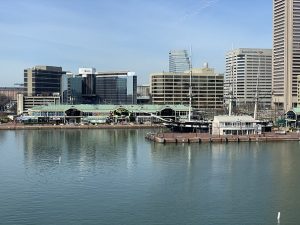 This is a very typical defense motion in lead paint cases.  Very early in my career, before I switched sides and began representing victims (which we do exclusively), I defended lead paint landlords.  Frank Daily, who is a very good defense lawyer in Maryland, was defending lead pain cases back then and he is still doing it today, representing the defendant in this case.

In any event, Baltimore City Circuit Court Judge Kendra Y. Ausby granted the motion on the Motion for  MCPA and negligent misrepresentation counts but denied it as to the plaintiff’s negligence claim.

So the case went to the jury who awarded $2.1 million.

I think we can merge #1, #3, and #5 together.  The issues here really came down to causation and economic damages.  The court found that there was more than enough evidence to conclude the lead paint on the defendant’s property caused the plaintiff’s brain injuries.

The defendant took a shot at the economic damages award, too, alleging that designated five different economists and providing only boilerplate designations without providing economic loss figures is thumbing your nose at the scheduling order.  I get this argument, I really do.  But the game is the game.  We all know that the court will say depose the witnesses if you want to know what they will say (or at least file an interrogatory asking for the economic loss calculations).

The court also alluded to sandbagging this discovery dispute.  The defendant’s lawyer deposed all experts except the economist.  As a practical matter, this is often because we all know, plus or minus, what the economist will say.  But the plaintiff and, seemingly, the court took another interpretation.  The court seemed to suspect that the reason the defendant did not take the economist’s deposition is so they could file a motion to exclude him.

The plaintiff also cited Maddox v. Stone for the proposition that “requiring the entry of scheduling orders is intended to promote the efficient management of the trial court’s docket, not to erect additional opportunities for a court to dismiss meritorious claims for lack of strict compliance with arbitrary deadlines.” This is the correct call, right?  Do you really want to flip a verdict for a brain-damaged child over a discovery violation that really caused no prejudice?

As for issue #4 with respect to Dr. Jacalyn Blackwell-White, the defendant really tried to seize on the fact that her testimony was excluded in Ross v. HABC. In Ross, the court found that the methodology of the same pediatrician, Dr. Blackwell-White, was flawed because she did not “adequately explain how she reached the conclusion that the [subject property] was the source of the child’s lead exposure.  But in this case, the child’s lawyer supplemented the expert’s opinion with that of certified lead risk assessors who offered testimony as to why they believed the defendant’s property was a lead-paint hazard.  These experts also noted that there was no meaningful evidence of other sources of exposure.

To me, this is a pretty simple case. This is why I think it was unreported.  There is no new ground covered.  So why is the Maryland Court of Appeals going to hear this case?  What issue are they interested in flushing out?  I have no idea.  But it will be interesting to see what happens.