Last Sunday, September 27th, on I-95 near the exit for Route 100, the lives of 4 totally unconnected people were randomly shattered forever in a span of just 14 minutes. The disastrous accident started with a lone deer who stranded on the narrow sliver of woods in the 95 median strip near Elkridge, MD. It ended with 1 man dead, 2 more clinging to life in Shock Trauma, and a fourth person being hunted by police.

What happened near Route 100 on Sunday is a stark reminder of how tragedy on the highway can strike down lives suddenly and randomly. The fallout also raises a lot of common legal questions about civil liability and who will end up paying for the financial cost of the accident.

A little after 9:00 p.m. on Sunday, two men from California in the early forties, Kazeem Afolabi and Aremu, were driving southbound on I-95. (I usually don’t use victims’ names. But this is all over the news.)  They had just crossed the bridge over the lower Patapsco River and entered Howard County. The median strip on this part of the highway is narrow and wooded with a steel guardrail on the edge of the shoulder. Deer are very common in the area and on Sunday night one of them found its way into the woods in the median and suddenly jumped out in front of Afolabi and Aremu’s Nissan Armada. They hit the deer and their Nissan SUV ended up smashing into the guardrail on the left shoulder.

Part of Afolabi and Aremu’s Nissan was apparently still obstructing the left lane, so they put their hazard lights on. It is not clear whether they could not move their vehicle out of the road. Several minutes later a 40-year-old man from Virginia, Russell Eggleton, was heading south on 95 in a Chrysler Pacifica. Eggleton hit the disabled Nissan that was sticking out in the road.  Eggleton then pulled over on the left shoulder just in front of the Nissan and got out to talk to Afolabi and Aremu.

Around 10 minutes after this second collision, Afolabi and Aremu were standing together behind their Nissan and Eggleton was standing near the front of the Nissan. At that point a third southbound vehicle slammed into the group from behind, striking all 3 individuals. After hitting the 3 men and the Nissan on the side of the highway, the unidentified driver immediately fled the scene of the accident leaving only scattered accident debris behind. All 3 of the men on the side of the road suffered devastating injuries. Eggleton, who was near the front of the Nissan, was killed. Afolabi and Aremu are at the University of Maryland R. Adams Cowley Shock Trauma Center in Baltimore with life-threatening injuries.

There were no witnesses able to identify the third vehicle or driver who fled the scene. However, based on an analysis of vehicle debris left at the scene, police have determined that the hit-and-run vehicle was a Toyota Highland with a model year between 2014 and 20219. 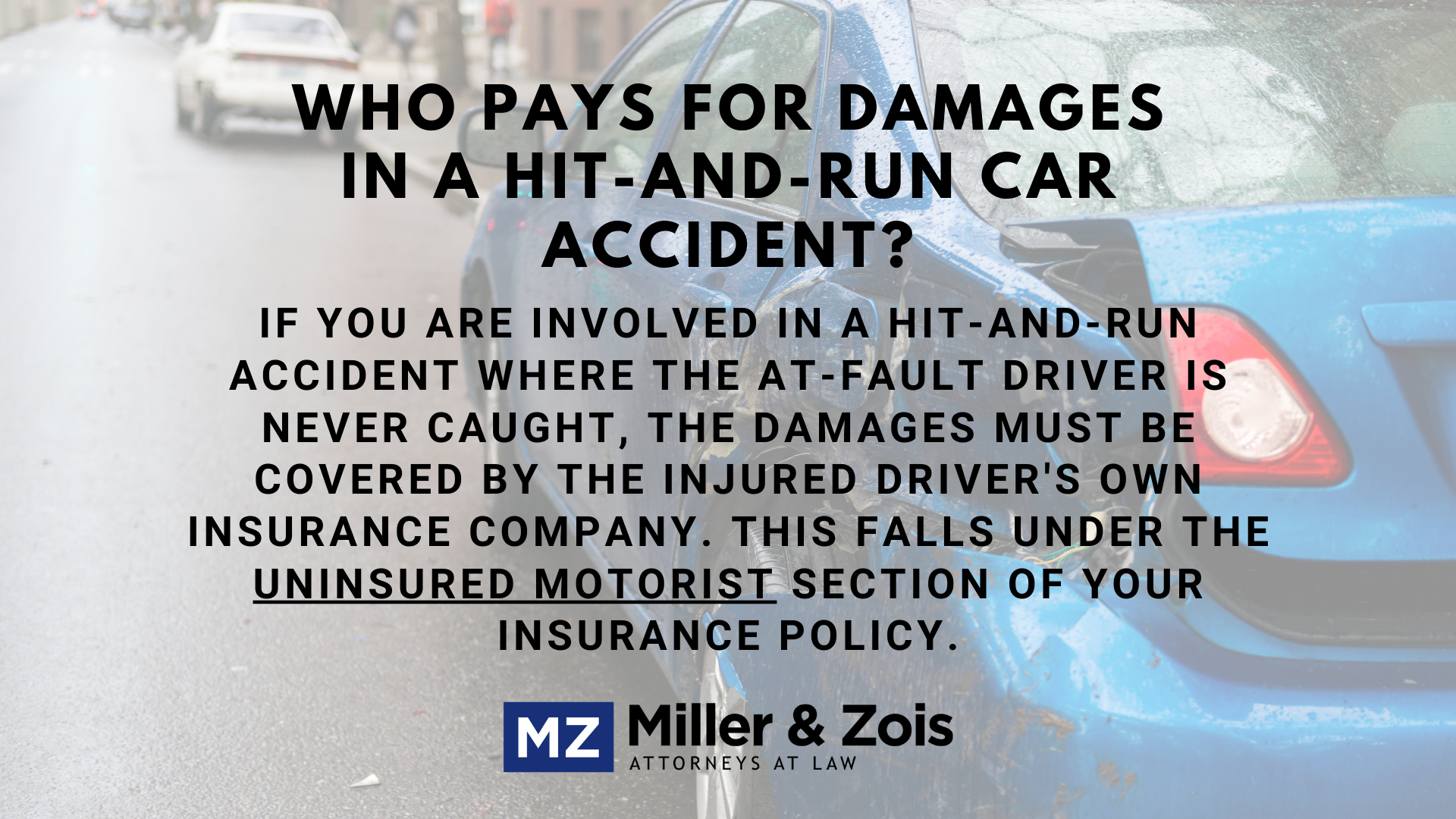 Who is Liable to Who for This Accident?

The series of events that played out Sunday night had tragic consequences, but they also raise some interesting legal questions about auto accident liability. One of the most central questions is who will ultimately be liable for the damages caused by the accidents. The typical multi-car accident involves a “pile up.” This is where a collision between cars in the front of a lane cause several cars behind them to slam into each other. In this situation, individual drivers are held liable for rear-ending the car in front of them UNLESS they were pushed by the car behind them.

The fatal accident on Sunday was somewhat different from a pile-up. Instead of a single, simultaneous collision between several cars, the incident on Sunday involved 3 separate and distinct accidents occurring minutes apart. This means that liability must be determined separately for each individual accident.

Accident 1 (Nissan hits deer): the first accident occurred when the Nissan SUV hit the deer and ran into the guardrail. Even though the accident with the deer was not really their fault and may have been unavoidable, the driver of Nissan is liable for his own damages. His own insurance company will clearly be responsible for at least the initial physical damages to the Nissan.

Accident 2 (Pacifica hits Nissan): the second accident occurred a few minutes later when the Chrysler Pacifica minivan hit the Nissan. Liability for this accident is much more difficult to determine. According to the police news release, part of the Nissan was jutting out into the left lane after its collision with the deer. This is presumably why the Pacifica ended up striking it. The driver of the Nissan was arguably negligent here in failing to move his vehicle out of the roadway after the accident. It’s unclear whether the Nissan was stuck in the guardrail and unable to move, but that actually would not even matter. The driver of the Nissan had an obligation not to allow his vehicle to obstruct traffic in the lane. He arguably breached this duty either by failing to move the Nissan out of the lane after hitting the deer or by hitting the deer and getting the car stuck in the first place.

The Nissan driver could potentially argue, however, that the Pacifica driver should be liable under the last clear chance doctrine. This would arguably apply if it could be shown that the Pacifica could have avoided the collision with the Nissan by safely moving into the adjacent lane.

Accident 3 (hit-and-run): the unidentified driver who fled the scene is liable for damages caused by the third accident in which he or she hit both the Nissan and all 3 people on the shoulder. There is no indication in the police news release that the Nissan or Pacifica were blocking the left lane by this time and all 3 men were apparently on the shoulder and did not suddenly jump out in front of the suspect driver.

If the Hit-and-Run Driver is Not Found Who Will Pay for the Damages?

What Will Happen to the Hit-and-Run Driver?

Under Maryland law it is illegal to leave the scene of an accident involving physical injuries. The driver of the 3rd vehicle in this accident ran over 3 people and killed 1 of them. When he or she fled the scene of the accident they committed a felony and will face criminal prosecution and likely jail time if caught. This person’s life will never be the same. The decision to run in this situation was inexplicable. Had this driver simply done the right thing and pulled over they would not have gone to jail. At most, they would have been a defendant in an auto tort case. But the minute they drove away that all changed. Now if they get caught, they will absolutely face criminal hit-and-run prosecution and they will end up in jail.