WBAL has a very informational yet unintentionally funny piece on its website about the relationship between car insurance rates and your credit history.

BALTIMORE — The WBAL TV 11 News I-Team has discovered that your credit can play a huge role in what you pay for auto insurance and there’s little you can do about it.

It’s been long known that where you live, your marital status and age can impact what you pay for auto insurance, I-Team reporter Deborah Weiner said. But an insurance agent from a well-known company who asked to remain anonymous risked her job to share her outrage with 11 News about credit scores impacting insurance rates.

The agent said she wants consumers to know that even during the recession, most automobile insurers use credit information to rate driver policies, meaning personal problems such as bankruptcies and late payments may result in higher premiums for drivers.

“If you follow the rules and you’re a safe driver and you don’t have any accidents, there should be no reason — any other reason — that your premium should be higher,” the agent said. 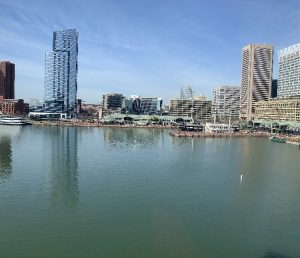 It is a well-written and informative article. It is amazing how very people in Maryland understand that their credit score can matter as much as the all-important “points on your license” in determining auto insurance rates. The reason: people who are casual with their credit are likely to take higher risks with their cars, which makes them more likely to get into a car accident – and a more serious car accident – than those with good credit. This is not a theory. It is a statistical fact.

I say unintentionally funny because the article reads like this information has been leaked by an anonymous source who risked her job with an insurance company. But you don’t exactly need an anonymous source to provide this information – they could have just snuck someone in my insurance law class last semester when we talk about this very issue. Presenting the article like they have some whistleblower is just silly and funny.  But it probably generates website clicks, which I guess is the point.