The Maryland Court of Appeals will jump into the battles of whether it is reasonable to allow speed and red light camera merchants to receive a “commission” every time the camera catches a violator. A group of Prince George’s, Montgomery, Howard, and Frederick County residents says the payments, made by Montgomery County, Gaithersburg, and Rockville, are illegal. [2018 update: the court found it reasonable.]

This is the latest in a long, long battle between libertarians and their brethren and the photo enforcement technology industry, that operates speed cameras and red light cameras for local municipalities. The two most common photo enforcement systems are red-light cameras, designed to detect motorists who enter an intersection after the light has turned red, and speed cameras, designed to detect motorists going a certain amount over the posted speed limit. There is no question that people die in Maryland because people run red lights and drive too fast.  The purpose is to discourage this activity.  Are companies and the government profiting off this effort?  Of course they are.

One stunning example of this is the case of the former CEO of Redflex.  This company is one of the leading providers of traffic cameras in the country. She pled guilty to bribery in Columbus, Cincinnati, and Chicago. She apparently posted a help-wanted ad for a bagman in Chicago.  This is the kind of stuff that drives libertarians, and most of us, crazy.

Photo enforcement technology, known more familiarly as “speed cameras” or “red light cameras,” is a system used to detect and identify vehicles disobeying a speed limit or other road legal requirements. The two most common photo enforcement systems in Maryland are red-light cameras, designed to detect motorists who enter an intersection after the light has turned red, and speed cameras, designed to detect motorists going a certain amount over the posted speed limit. In many cases, these two systems are combined at one intersection.

Who is Making Money Off This? 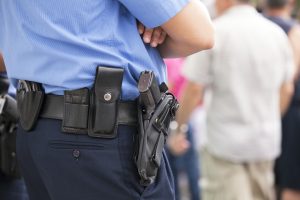 The big cheese in this industry is ACS State and Local Solutions (“ACS”) which provides 80 percent of the red-light cameras operating in the United States. (Interesting fact: ACS is owned by Xerox.) One thing is for sure: the speed camera business is big bucks. ACS Inc., the big red light speed camera vendor in Maryland, gets $16.25 for every $40 speed camera fine. This is a contingency fee that makes every car accident lawyer jealous. In some jurisdictions in Maryland, like Baltimore County, ACS’s percentage of the take is thought to be even higher.

All of this debate over how red light and speed cameras should be set up is above my pay grade. But I do know that we need to have new means of controlling speeders and people who don’t feel compelled to comply with traffic laws because enforcement of our traffic laws in Maryland are become increasingly difficult to manage with old-school, conventional means alone. We have to figure out the fairest way possible to do this, and maybe giving companies a percentage of the take is the wrong play. But we have to do something because these things save lives.

Actually, all of these traffic speed camera statistics have been questioned. I appreciate the debate. I don’t take every statistic I read at face value either. Here is what I know believe: speed cameras definitely do not hurt, and they probably do help save lives. They are worth the trouble.

Not for nothing, this comes from someone who makes a living from helping people who are injured in car accidents. I believe speed and red-light cameras cause me to lose business, to lose profits. But this is a good thing for people who love their families and want to keep them safe.

Speed Camera in Maryland Law in 2018

Maryland law states that jurisdictions may only place speed cameras within a half-mile of a school.  Under state law, the $40 speed camera citations can be issued only when a vehicle exceeds the speed limit by at least 12 mph.

Speed and red light cameras have been extremely controversial.  Baltimore took a four-year break from speed camera after accuracy concerns were made.  But they are back up and running again.