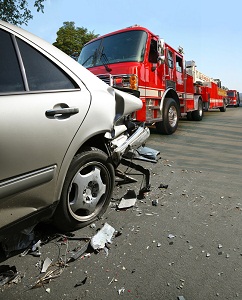 I’m getting another case ready for trial where I have to explain honest and consistent statements given in good faith to the insurance company that their lawyer is not trying to take completely out of context to make them stand for something very different from what I originally contemplated.

The answer, as always, is don’t give a recorded statement to the at-fault carrier. This rule should be followed in 98% of the cases I have prepared where a statement was given.

The insurance companies lure you in with the idea that “C’mon, you are an honest person. Can you just tell us what happened so we can help you?” It is a hard proposition to turn down. But, ultimately, if you are 100% honest you will still get a raw deal at trial because the insurance company will take those statements completely out of context, just like they do with your deposition testimony. (And, let’s be honest, we do it to defendants, too.)  The prior recorded statement often carries the day.  Often this is with good reason. The earlier statement captures his immediate perceptions of the accident, uninfluenced by the passage of time, and given on the day of the accident.

So the moral of the story is to avoid a recorded statement absent a law or other compelling reason.

Under Maryland law, 5-802.1 of the rule of evidence, statements previously made by a witness who testifies at the trial or hearing and who is subject to cross-examination concerning the statement are not excluded by the hearsay rule.  So it is easy to impeach a witness with a previous inconsistent statement.

But this argument generally fails. Maryland high court has repeatedly said that for a document to have been prepared in anticipation of litigation, there must have been a particular, identifiable claim or impending litigation at the time the document was created.