A recent study conducted by the Highway Loss Data Institute found that collision avoidance systems installed on 2013-2017 BMW models showed claim rate reductions in collisions, property damage, and injuries. This shows that this technology has the potential to reduce auto collision and injury rates.

As we are seeing with the coronavirus, fewer accidents don’t only save precious lives. There is less of a toll on our hospitals and, yes, our insurance companies that that can help reduce health care and insurance costs.  So anything that comes along that can move us to a safer future is a very good thing for all of us.

What are collision avoidance systems? 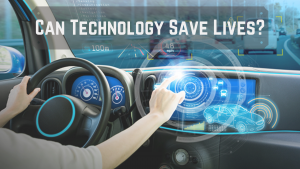 HDLI’s June 2019 study with the Insurance Institute for Highway Safety (IIHS) compared the collision rates of vehicles with and without collision avoidance technologies. Their data consisted of police-reported collisions and insurance claims. Their results showed that:

There is no question there is a cost to all of this.  The study also found that these vehicles might be more expensive to repair because sensors and other parts are located on the exterior of the vehicle. They found that the average payment per claim for damages to vehicles containing FCW without auto brake increases by $104. The technology is beneficial, but it is not cheap. Could the government find creative ways to encourage automakers to provide these options for a cheaper price?  Of course it could.