Our law firm handles a lot of brain injury cases, both from childbirth and from traumatic collisions like a car or truck accident.  Below are questions we are frequently asked about these claims.

A traumatic brain injury (TBI) is caused by force impact or force to the head disrupting normal brain activity and causing neurologic damage. TBIs account for about 30% of injury deaths in the United States. According to the CDC, about 153 people die from TBI-related injuries every day in the United States.

There are several causes of brain injuries. They include:

What happens when a brain injury occurs?

When a traumatic brain injury occurs the functioning of the internal neurons, nerve tracts, and other sections of the brain may be immediately impacted. This immediate disruption of involving the brain’s neurons and nerve tracts temporarily blocks the brain’s ability to send messages to control the rest of the body. A person’s thinking, behavior, feelings, and movement may be adversely impacted by this. 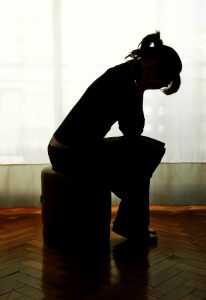 Brain injury severity can range significantly between mild concussions to permanent brain damage. The following are some common examples.

What to do if you suspect a brain injury?

Even if there is only a slight chance you have experienced a brain injury, you need to seek medical attention immediately. The injuries may be much more severe than the symptoms experienced. Having your brain examined by professionals is critical to properly assess the injury severity. CT scans and X-rays enable one to examine the brain directly, which gives a better assessment than symptoms themselves.

During the recovery process, the best thing you can do for yourself is getting plenty of rest. This gives your brain time to heal. Make sure you are not conducting activities that may endanger you. This includes driving a car, even if your injuries are minor, because your motor skills may be impacted. Make sure to take any medications prescribed to you and listen to your medical professional. These instructions are important as they are a guide to your own recovery.

What affects the value of a head trauma claim in Maryland?

The value of a brain trauma case in Maryland depends on several factors. They can depend on the defendant’s actions, whether or not the plaintiff was partly liable, and how severe the plaintiff’s injuries and damages were. An attorney would need to analyze a plaintiff’s medical records. These records include doctor’s notes, physical and occupational therapy records, diagnostic reports, and any test results from all health care providers the client has seen. The attorney would also consult medical experts who can provide insight into the future prognosis and long-term medical costs.

A man suffered a traumatic brain injury, post-concussive syndrome, dizziness, memory loss, concentration difficulties, and chronic headaches after a Subaru Crosstrek struck his Ford Ranger. He also suffered pain to his shoulder, ribs, neck, and back. The man underwent neuropsychological evaluations, physical therapy, and cognitive behavioral therapy for his injuries. A jury awarded the man a $27,515 verdict. This comprised $9,105 in past medical bills, $3,910 in lost wages, and $14,500 in pain and suffering.

A truck struck a 56-year-old woman’s vehicle as she was stopped in traffic. The impact pushed her vehicle into the vehicle in front of her. She suffered a traumatic brain injury, a concussion, impaired cognition, and soft-tissue injuries to her shoulder, neck, back, elbows, and knees. The jury awarded the woman a $13,414 verdict, comprising $8,414 in medical expenses and $5,000 in pain and suffering.

A 70-year-old motorcyclist suffered a traumatic brain injury, intracranial bleeding, and multiple fractures throughout his body after a pickup truck ran a stop sign and struck him. He underwent brain surgery, which involved the placement of shunts. The man also underwent open reduction internal fixation surgery to treat his fractures. Despite undergoing treatment, he was now left with permanent cognitive and neurological deficits, including headaches and memory loss. He alleged that the pickup truck driver’s negligence caused the collision and his injuries. The man claimed that the driver failed to yield the right-of-way and failed to maintain a proper lookout. This case settled for $4,600,000.

A man’s vehicle was rear-ended as he was stopped at a stop sign. He suffered the aggravation of his pre-existing traumatic brain injury, the worsening of his degenerative spinal condition, a fractured tooth, and cervical and thoracic strains. The man alleged that the other driver failed to keep an appropriate distance and failed to slow down his vehicle. A jury awarded a $29,000 verdict, comprising $9,000 in pain and suffering, $16,900 in past medical expenses, and $3,100 in future medical expenses.

A motorist ran a red light and rear-ended a woman’s vehicle, causing it to spin. The woman suffered a traumatic brain jury, post-traumatic headaches, spinal pain, a herniated disc, and the aggravation of her right ankle and knee arthritis. She alleged that the motorist negligently ran a red light, causing the collision and her resulting injuries. The motorist disputed the woman’s injuries’ nature and extent. This case settled for $400,000.

A woman suffered a traumatic brain injury and soft-tissue neck and shoulder injuries after her vehicle was rear-ended. Her clinical psychologist testified that her neurological injuries were permanent and left her unable to work as an accountant. The woman alleged that the other driver’s negligence caused the collision and her sustained injuries. She claimed that the other driver failed to pay attention to the road and slow down to traffic. The other driver admitted liability but disputed the extent and nature of the woman’s injuries. A jury awarded the woman a $17,879 verdict.