COVID-19 Notice: We are providing FREE consultations via phone or video conferencing for your safety and convenience. Learn More » 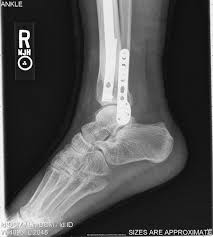 In car accident cases, there are typically relatively “good” settlements on ankle injury cases. For our purposes here, “good” is defined as the probability of getting a reasonable settlement offer before suing.

Why are ankle injury cases easier to settle than other accident claims? But the most obvious explanation is the nature of ankle injuries. With neck and back injuries, which are common car accident injuries, people with the exact same radiological findings can have very different manifestations of pain. Given this, insurance companies tend to assume the lowest level of pain in these types of cases.

In contrast, ankle injuries are far less often the result of degenerative changes and are usually caused by trauma, rarely leading to concerns about preexisting injuries or arthritic changes. Just as importantly, they are typically objective injuries we can see in a radiology report. It also helps in reaching a value of an ankle injury for settlement purposes that the treatment of ankle injuries is generally not as involved as other car accident injuries which decreases the extent of the “you should not have gotten so much treatment” arguments from the insurance company.

The Maryland Injury Lawyer Blog reported on ankle verdicts and settlements in Maryland. A Jury Verdict Research study found that the average ankle injury verdict is $290,130 ($90,000 is the median). Maryland’s median was right on par with the national average at $88,000.

I think this is useful data in determining an appropriate value for an ankle injury settlement. That said, all average verdict data is of questionable usefulness in a given case and ankle injury data is probably even less useful than most other types of car accident injuries. You can drive a truck through the difference in settlement value between a hairline ankle fracture and a crush injury. So, as always, take the ankle verdict data with a grain of salt.

How Are Ankle Fractures Classified?

When Can I Expect in Ankle Fracture Surgery?

The typical surgical treatment of displaced ankle fractures is to wait about a week to let any swelling and bruising at least begin to resolve while keeping the leg splinted and elevated.  So if the bruising and swelling in the ankle during the first 24 hours after an ankle fracture is rather severe, the best path is typically to wait several days before performing the surgery.  But there is no question that the science shows that getting surgery sooner rather than later is better.

You should get surgery if you need surgery.  Period.  But it is a fair question to ask if surgery increased the value of your personal injury claim.  It does. Getting surgery has much greater value than “I will get surgery” at some point.